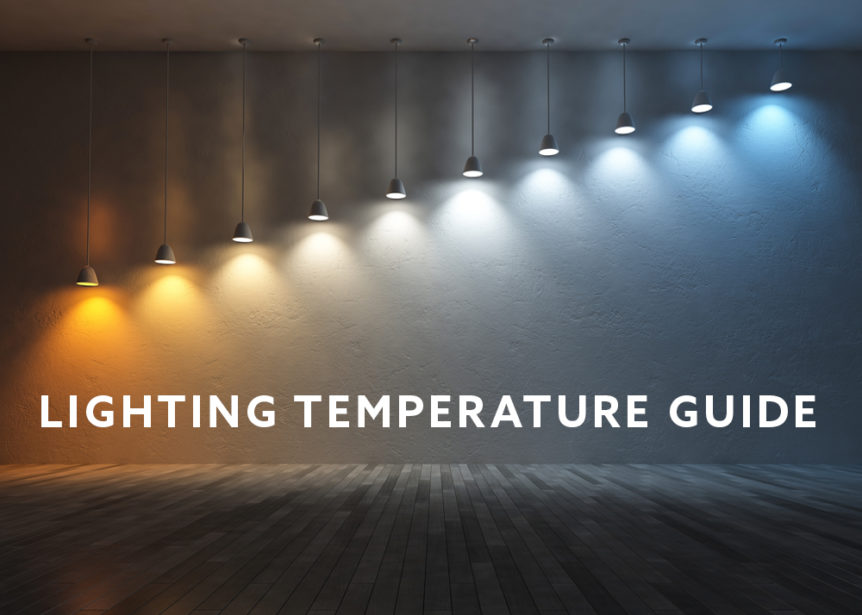 WHAT IS COLOR TEMPERATURE?

Color temperature is measured in degrees Kelvin (K). The color temperature of a lamp (bulb) describes how the light appears when the human eye looks directly at the illuminated bulb.

HOW IS COLOR TEMPERATURE MEASURED?

Lighting Color temperature is measured by a unit called the Kelvin (K). The Kelvin thermodynamic temperature scale is defined so that absolute zero is 0 kelvins (K). (Note: The Celsius and Fahrenheit scales are defined so that absolute zero is −273.15 °C or −459.67 °F). Imagine heating a bar of steel and observing the color of the bar at increasing temperatures. At some point the bar will appear to glow a dull red. As heat is added, the dull red turns to yellow, then to white, then to bluish white, finally to blue.

When deciding on the best light bulb for a particular application, one consideration not to overlook is the appearance of the light as perceived by the people using the space. For example, many people will find a formal dining room more appealing with “warmer” appearing light, while for a large, open-plan office “neutral to cool white” appearing light is the better choice. Color temperature designations of light bulbs can be confusing. Sometimes you’ll see subjective terms such as “warm white” or “cool white.” Other times, the quantitative Kelvin temperature number will be used: 2700K (warm white), 4100K (cool white). Here are some approximate reference points: candle light is 1800K (warm yellow), a standard  is 2700K (warm white), lights in a portrait photo studio are 3200K (neutral white), fluorescent lights in a classroom or office are often 4100K (cool white), daylight with a thin overcast sky is 6500K (bluish, white light). Most incandescent and halogen bulbs are in the Kelvin range 2700K-3000K. Fluorescent, metal halide and LED bulbs can be purchased with color temperature options from 2700K to 6500K.