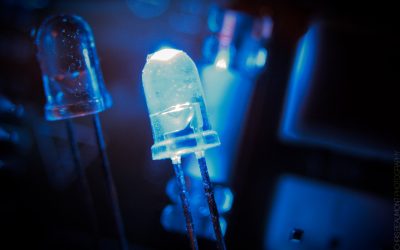 Lighting and lighting are rapidly advancing in the industry, but they can also be harmful as they are a viable option. Here are three tips to help us better understand LEDs:

1. There are small, powerful light sources that are transforming the world of lighting and lighting.

LED – LED stands for Light Emitting Diode, an electrical component that generates light in a semiconductor. Using this material to produce an LED, this piece produces different waves of visible light. 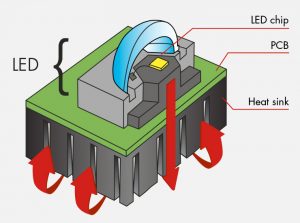 Schematic overview of an LED chip

White light is created by using a blue chip and adding a yellow layer of phosphor or a combination of green, blue and red diodes (chips). The first method is to incorporate phosphorus in the industry because of its flexibility and effectiveness. An added phosphor layer can be added on top of each chip alone or as a layer over the complex diodes. Both methods will produce a specific color spectrum depending on the added phosphor layer.

In general, LED technology is not a new technology. In the past we used them in various parts such as green and red LEDs on a TV. This type of LED is called low power. Over the past few years, the power of LED chips has increased to 8 watts, and the debate over lowering the cost level has led to the adoption of this technology in the lighting industry. 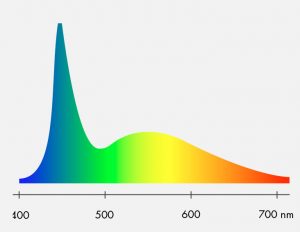 Market research shows that by year 3, about 5% of the old lighting equipment will be replaced with LEDs. Since LEDs are more expensive than conventional lighting sources, the final cost of this equipment will be higher for consumers (of course, we will say that in the end, considering all the cost factors involved in using the LED). LEDs will be less efficient than other sources.) The efficiency of LEDs, like other light sources, is measured in lumens per watt.

It is expected that by the next decade the light output of these sources will be as high as 200 lumens per watt, although the lights used by the chips may cause the number to drop to 160 lumens per watt. 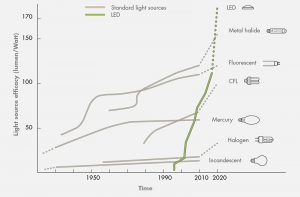 2. Can be more efficient than many light sources.

Another feature of LEDs compared to other conventional light sources is the diffraction of light in a certain direction. Since we often want the light to go down, LEDs have the feature to allow light to The lower side will direct the light without wasting it on the usual reflectors of the lamps.

The LED optical rate may give us a false impression of the amount of light emitted by the overall light output. When calculating the fluorescent lamp output light flux, we must consider the LOR of the lamp at the same time as the lamp output lamp. To have it.

3. Because they do not need to be replaced, they are longer than other light sources.

Another feature of LEDs is their long life span. Because they have no moving parts and no strings to damage, they have a long lifespan. That makes it a great option for situations where high-altitude lights are installed and switching on the light bulb is not easy. Typically, a lamp’s lifespan is a period of time when the lamp’s output light flux is reduced to 5% of the light bulb’s early life. This is called the L70.

Driver lifespan in many cases depends on the type of system design. For example, the driver will be suitable for a period of 3 hours at a certain temperature for a 5 hour LED life, otherwise we will need to replace the driver. And keep in mind that switching drivers is not always easy, especially when the driver is not easily accessible 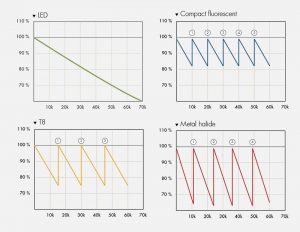 4. The lifetime of the diode is determined by their internal diode temperature.

For example, some lighting equipment manufacturers say that it reduces the degree of shelf life by up to 4 hours, which is not the case for all LEDs. Another case that affects the amount of light output is the current passing through the diode.

Higher current will lead to higher temperature and decrease shelf life of the lamp. Therefore, managing the temperature of the LED chip is a key point in controlling their lifespan. For this purpose, a LED headlight is designed for heat exchange and cooling based on a specified lifetime.

5. They are capable of producing different light colors, even in the so-called white light color they have different spectra.

6. The color coefficient of the LEDs is determined by their spectrum.

7. With LEDs we will have a new opportunity to evolve the spectrum of different colors.

8. The LED driver adjusts them, which means that it prevents them from becoming too hot and unstable.

9. Proper use can reduce overall costs.